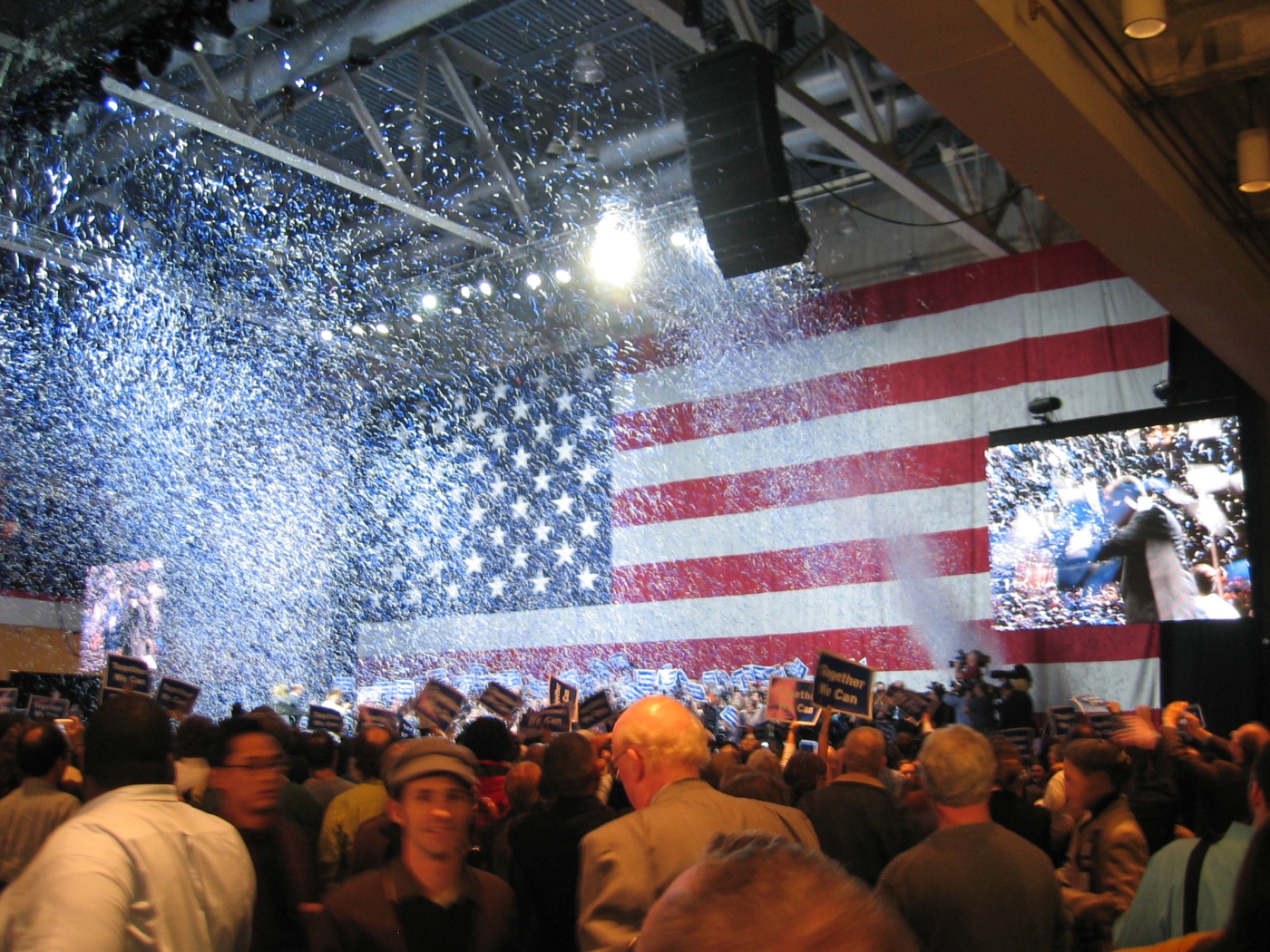 Democrats failed to stand by or tout the many successes of their sitting President, instead trying to distance themselves from him. Barack Obama is – and deserves to be – their standard bearer, their moral compass, the sign of all is that is good about their party. If they’re disenchanted with their leader then we have every right to be disenchanted with them.

Lesson? You can’t whine or scold your way to victory if you are an incumbent, and you can’t mobilize voters by talking about how good you are at mobilizing voters. People will listen to outsiders who complain about insiders, but when incumbents complain about the opposition (who don’t have to back up their claims with facts, it seems), voters don’t take them seriously.

Democrats cut and run on Barack Obama because that is what the pundits told them happens in mid-term elections, and now they don’t have any credibility with which to pave a positive road the White House in 2016. They could have talked about the good points in the economic recovery, the improved oversight of Wall Street, the benefits of Obamacare, the greatly reduced budget deficit, the ascending housing, job and stock markets and (just this morning, preliminary reports of 230K more private sector jobs in October) and then gone on to talk about how there is so much more work to be done in all of these areas. If they don’t know how to tout their own success and go forward with a vision, why should we vote for them?

Instead, Democrats not only bailed on a President they should have been supporting, they focused on all the wrong issues – things like reproductive rights, voter ID laws and gay marriage. Those are not local or economic enough to sway a voter that thinks Congress is stuck – they smack of telling people what is good for them because they are too dumb to figure it out for themselves. Voters are smart enough to know that their congressman or governor has no real control over those non-paycheck issues and women don’t want to be shamed into a feminist vote. When in doubt, vote for the one who promises to leave you alone and not to raise your taxes – the latter is a key promise people can keep track of very easily.

It was wrong to let Elizabeth Warren, Al Franken and Bernie Sanders (an Independent, it should be noted) do all the heavy lifting, but at least they each had something to say that was worth hearing. All three of them delivered messages that were rich in facts but also exuded warmth and humor and a desire to connect with people – everyone else seemed to be talking to a demographic. Elizabeth Warren was able to be candid about missed opportunities during the present administration but she never lost sight of the passion and core ideals that have people talking about her as a presidential hopeful – but apparently most of the people who heard her speak liked her, but not enough to elect the people she was stumping for. (Hillary Clinton, meanwhile, didn’t do herself or her party any favors by joining the chorus and disparaging the administration that gave her the gravitas she needed to bolster own run for the White House.)

In Massachusetts, the most inspiring speech I heard all election season was outgoing Governor Deval Patrick’s eulogy for Boston Mayor Tom Menino. The Governor reminded us that the best public servants do their work not by belittling their opponents and getting out their base but by listening to individual people and making their daily lives better, one street at a time. He praised the famously mumbling Mayor by saying that “you always knew what he meant and, more importantly, that he meant what he said.” Governor Patrick and the late Mayor share what was so woefully lacking in this election: the ability to show us what is good about our world and demonstrate the ability to deliver on a promise to make it even better.

Why is that so hard?

One thought on “A Machine with No Message or Heart: How the Democrats Blew It in 2014”