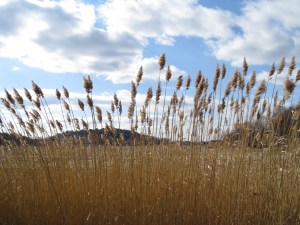 What to make of middle aged silences?

It seems that more and more of the conversations we do have are mere circles around the ones we should have. We have built strong and study scaffolding around each other in a sincere effort to support on another, noting our foibles and weaknesses. It is a respectful but tense silence, at least on my side, for I harbor a fear that I am going about things all wrong without a forum in which to sift through the contents my fertile and overactive imagination.

Some would say that that is what therapists are for, and in the wee hours and I lay worrying about the course of my life I think this might be true. But my time with therapists has been explaining rather than learning; and so far I have never left an appointment knowing once ounce more than when I walked in – all I have done is clarify my own position with myself. That is useful but it doesn’t solve the underlying problem. Friends are better if you can find them and make time for them.

Writing is even better.

I have spent an inordinate amount of time convincing myself that I am not an angry person, but there is no question that I am driven more strongly and specifically by anger than anything, even love. Perhaps it is time to embrace it, harness it, turn it into something practical. I have waited long enough for the moment when these things will come out, and if process the old things maybe it will improve my ability to cope with the present.

I know that this is in some ways the opposite of what I have learned with cognitive behavioral therapy, but I think there is room for both approaches. Mere acceptance of all things past is not possible for me, but accepting that those moments are over and that I cannot carry or assign blame for them seems like the right thing to do. And allowing myself to be paralyzed in the present because of the past is absolutely something that I need to overcome, and that is what brings me to the keyboard today.

How much of the past am I injecting into today’s silences, and hoq much am I projecting my own worries into other’s quiet? Plenty. But let me also add that women, for the most part, are faced with the questions of middle age head on and from the inside out. You can actually hear the doors slamming inside your own body and that is a process that screams for attention. The shifting tides of hormones require that we look at our choices and come to peace with them.

Men, on the other hand, have an entirely different set of circumstances. They harbor the illusion that they have the option to start over, that they can rend and discard the fabric of their lives and begin again. Women only think in terms of a new weave, of mending and patching, of adding new yarn and fabric. Of course there are new beginnings for both sexes, but this process that begins in your 40s is so much more concrete for women because the impetus comes from within; you can change or implode or explode. For men, it is all external. From the male perspective – and this is a sweeping generalization, to be sure – women, by all evidence, are going insane, the children are no longer cute and adoring, and the job market is narrowing. Retirement is no longer what parents do. They are trapped, and so they set about acquiring as much stuff as possible to show that they are, by some measure, successful. This is often in direct contradiction with the women’s desire to simplify their lives as they become overwhelmed with the job of caring for the stuff their husbands and kids are bringing home. But with the arrival of each new toy the women harbor a hope that this proves that he is not preparing to start over; that the convertible is fine so long as the only girl in the passenger seat is your teen aged daughter.

And then, like sunshine breaking through clouds, there are moments of surprise, where one of us makes an observation that reaches the other in an unexpected way. Like the man devoted to punk rock sharing a moment of opera that he heard on the radio. This man who never showed interest in that art form but who has a keen appreciation for excellence in any shape, has an understanding of the unique gifts that people are blessed with and can make something extraordinary. These are the moments that tell me I am in the right place, that those flashes of beauty, devotion, and revelation will find me no matter how far out to sea it feels like I am. That is where the person transcends gender and souls speak, and we recall and know what it is to fall in love more deeply than ever.

Sometimes it is hard to tell the difference between deference and giving in. Deference is more noble, more willingly practiced; giving in is done indulgently sometime grudgingly, it indicates that your idea was better but that you don’t want to fight or have already conceded defeat. Witnessing children duke it out shows that we learn giving in long before we learn deference; some people clearly never learn it at all, and they are the ones that keep score. So I am learning how to make those distinctions and chronicle things with blame and giving and sniping; I want the subjects of my stories to be treated with deference and still be true – to couch the sometimes chronic pain in terms that have no hint of score settling but really of story telling – I want people who are textured and earthy with ragged edges and inconsistencies and bad grammar. I will fight the urge to put gauze over the lens. With every short story I read I see the beauty in this economy of detail, and know that I will have to write a lot to pare it all down into something compact, tasty; weighty and still digestible.

I don’t even read much Updike – too flinty masculine New England for me, but the world he paints is so recognizable it almost hurts. Not almost – it does hurt, physically. I think all I can muster at this moment is my despair that the writing life is not one that I can survive within or survive without. I suspect I cannot chronicle this life, birth these stories without unimaginable pain. And yet the weight of the pregnancy is becoming unbearable, and I know that in time something good will happen if I will only allow it.