We are spending a few days in the city, and one of my favorite parts is the sounds of traffic outside the building at night.  Even the sirens bring back good memories of my years in Saint Louis and Boston, laying in my bed feeling the pulse of the city outside my window, the comfort of people moving about busily, anonymously nearby.  In Saint Louis there was the longing as a young teen – of wanting to be out and about in the night, and then, year by year, getting that chance when I got a job, went out with my friends, learned to drive.  It was all I had hoped even in days when we lived in Iowa and visited Chicago; I would sit on the stone planters near the hotel taxi stand, watching the people and cars go by with such purpose, and longing for my chance to be part of it.  Even farther back, I recall sitting up at night, jet lagged, watching the crazy cacophony of Italian midnight traffic on the Via Veneto.  Later in that trip my brother spirited me away one night to a tiny restaurant up a stone path where we looked at hills and city lights as we ate by candlelight.  For years I thought I must have imagined that night – it seemed so dreamily impossible – the image was so precious I held onto it for a long time before asking him about it and felt such joy to know that it was real and just as precious to him.

And so tonight I look out the window at the full moon above and the cars zipping by below, so happy for this chance to rekindle my romance with night in the city.  Charlie Haden has an album by the same name that is perfect for times like this.

One thought on “Night and the City” 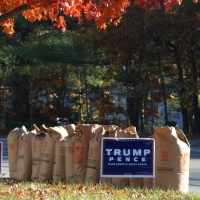